By André Sette. Originally published in Portuguese at Caos Planejado on February 25, 2021.

While offering many advantages, this type of planning elects an ideal lifestyle, and leaves little room for individual choices that disagree with the model.

Anyone interested in urban politics will probably hear, at some point, the term “compact city”. The expression has become recurrent in the field of urban planning. Proposals associated with the term favor a denser occupation, with commerce and services close to homes and prioritise the transit of pedestrians, cyclists and public transport users. Some European capitals, such as Copenhagen and Amsterdam, are often cited as prime examples of this model. Its counterpoint is the dispersed city, where the neighborhoods are predominantly residential, away from the center, and require long commuting from home to work.

It is true that the compact city offers many advantages. Compact City Policies: A Comparative Assessment, published by the OECD in 2012, presents some of them. Scattered cities demand that infrastructure networks – such as water, energy and sewage – reach the most distant neighborhoods, which generates a high cost for the government. This distance also makes it difficult to set up transportation lines. In addition, the city does not expand evenly, so it is common for there to be empty land within the urban fabric. Instead of expanding the urbanized area, the city could “grow inwards”, taking advantage of these vacant lots.

By signing up to the Autonomy newsletter you agree to receive electronic communications from us that may sometimes include advertisements or sponsored content.

The OECD’s report also claims that having services and jobs close to home contributes to a better quality of life. In this view, the compact form would contribute to the “rescue” of urban life, coexistence in the neighborhood, improved street commerce and well-being in cities. This type of planning chooses an ideal lifestyle, and leaves little room for individual choices that disagree with the model. However, the popularity of closed-off condominiums, for example, indicates that not everyone likes to live close to the urban buzz.

Documents like the OECD’s have been released for decades and influence public policy around the world. In Brazil, the City Statute incorporated mechanisms to contain the expansion of the urban area, such as compulsory building and progressive IPTU over time. This standard also establishes that municipalities that intend to expand their urban perimeter must prepare a specific project in the form of municipal law.

Initiatives to contain the city often ignore the need for cheap and abundant urban land. In the vast majority of cities, land is more expensive in denser areas. There are also cities that pose physical barriers to growth, such as green belts. In this case, an artificial scarcity is being created. Defending policies like this means defending higher prices for urban land.

In his book Planet of Cities, Shlomo Angel describes the Seoul case. In 1971, the government strictly prohibited the expansion of the urban area. However, the number of households in the city more than doubled between 1970 and 1990, while South Korea’s per capita income multiplied by three. The population began to squeeze into ever smaller and more expensive properties. Angel points out that the price of land in 1989 was 23 times higher than in 1970.

To deal with the housing crisis, the government has built no fewer than five satellite cities around Seoul. These cities should have an independent character, but even today they remain linked to the capital’s labor market.

Another notable case is that of Portland, USA. Like Seoul, this city also instituted a containment barrier in the 1970s. Satellite monitoring shows that in fact there was an occupation of vacant land within the urbanized area. However, Angel shows that the filling of empty urban space also occurred in Houston, a city that has no zoning law and does not adopt containment policies. The difference is that, in relation to the average income of the inhabitants, a house in Houston is twice as cheap as in Portland. 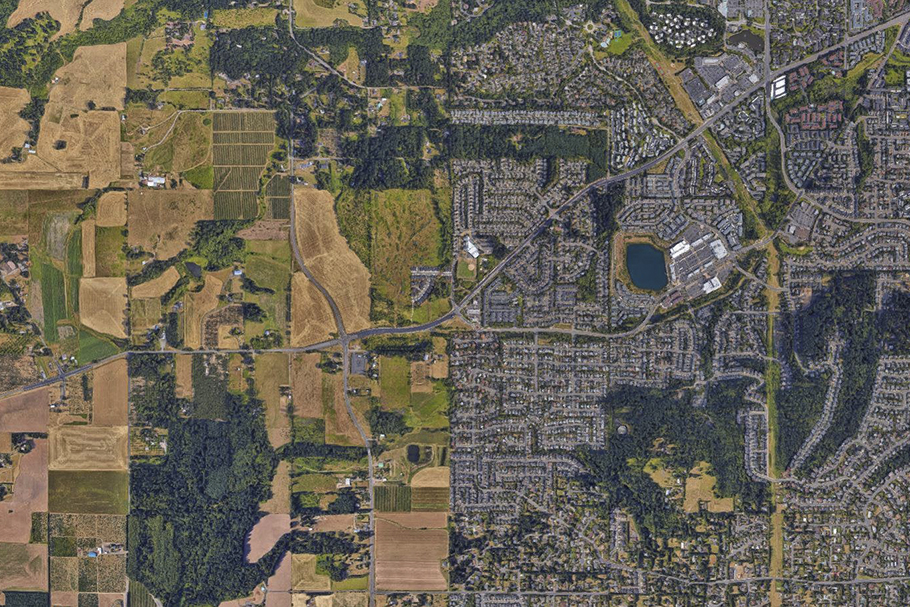 The challenge we face

According to the United Nations, Brazil will add 29 million inhabitants to its cities by 2050. This increase is not only due to population growth, but also to migrants moving to cities from the countryside. It is estimated that, in the same period, the urban population will increase from the current 80% to more than 90% of the country’s inhabitants.

The Ministry of Regional Development points out that about half of the country’s properties are irregular. In practice, our cities depend on an informal market to provide affordable housing. Clandestine subdivisions allow families to purchase a cheap lot and build their house little by little. It is remarkable that such citizens are able to locate a place to live without having access to real estate financing. Only small debts are incurred in construction material stores, and the work can be halted in times of financial difficulty. Properties built in these conditions also feed a wide rental market in the peripheries of Brazil.

The point is not about being against the compact city, but about questioning its viability. Our cities are a long way from housing their entire population in well-structured neighborhoods. In a country as unequal as Brazil, there will always be people willing to live dozens of kilometers from their place of work. Between reducing housing costs or commuting time, the first option usually takes priority. For many families, these are the only places that offer a viable housing cost.

In 2016, the Atlas of Urban Expansion study compiled a large amount of urban data around the world. The survey points out that cities are not becoming more compact, but just the opposite. On average, population density has been decreasing decade after decade, something that has been going on for at least a century. This trend is global, and efforts to reverse it have been unsuccessful. Even Portland, which managed to control the expansion of the urbanized area, is experiencing a decline in population density.

In developing countries, a large migration of the rural population to cities is expected, in addition to a greater population growth than that of developed countries. Everything indicates that these countries will face a major expansion of urban areas in the coming years. Believing that this movement can be stopped takes the risk of not preparing for it.

The future of cities is expansion

If the expansion of cities is inevitable, what can urban planners do? For Angel, the priority is to ensure space for arterial roads and public spaces. The public authorities must guarantee the reservation of the land through which the future roads will pass. It is not necessary to open streets and asphalt the entire grid immediately. It is enough that there is a periodic inspection to prevent the occurrence of informal settlements in these spaces. In some cases, it is desirable to open dirt roads to demarcate the space. 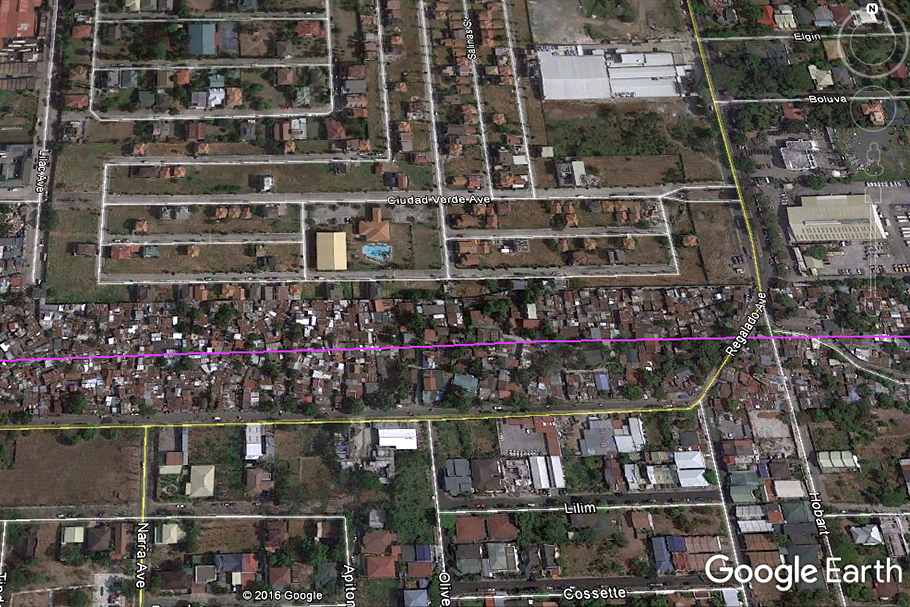 In this image of the Manila metropolitan area in the Philippines, the section reserved for a new road was occupied by informal settlements.

Prioritizing the layout of streets is not a new strategy. This proposal refers to the period between the 19th century and the beginning of the 20th century, which was one of the most fertile in the history of urban planning. At this time plans were created such as the Cedrà, in Barcelona, ​​and the Commissioners’ Plan for the island of Manhattan. The fundamental feature of these blueprints is to allow the gradual addition of streets as the city expands. This route was also a response to technologies that required straighter streets, such as horse and steam trams. Cities like Buenos Aires and Chicago, which grew up around transport tracks, reap the benefits of an orthogonal urban fabric to this day.

There are Brazilian metropolises that already have a wide road network. However, we must take into account that much of the growth will take place far from the big ciy centers. According to the IBGE, the largest proportion of municipalities with growth greater than 1% per year is in the group between 100 thousand and one million inhabitants, while municipalities with more than one million inhabitants mark growth between zero and 1% per year. This offers a huge opportunity to plan the future of Brazilian cities. Barcelona and New York were not big cities when their modern layouts were being planned. The early implantation of a road grid allowed these cities to reach a high standard of urban quality.

Tracing arterial roads does not mean adopting urban planning aiming at a compact city. Toronto, Canada, was built up on a road grid created in the 19th century. These avenues define large lots that can be divided internally in any way that is necessary. This type of solution unites the diversity of urban design at the local scale with the alignment of arterial routes at the city scale. 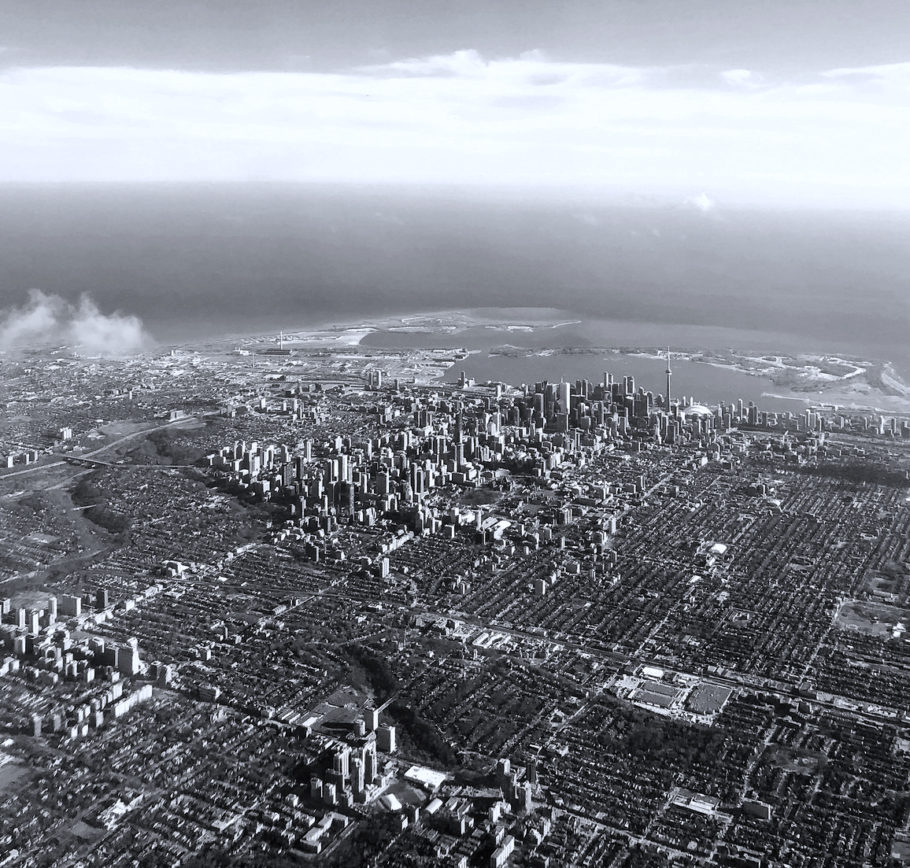 This road planning may seem very rigid, but neither is the compact city spontaneous. As Michael Neuman states in his article The Compact City Fallacy, restricting urban form is only possible under strong regulation. This is perhaps the biggest paradox of the compact city. Under the pretext of establishing a utopian relationship between human beings and the city, this proposal induces an artificial form, where there is little room for experimentation. It is not a good thing to intervene in a city without identifying where the demand for land, housing and work is. Rules and guidelines are necessary, but their excess hinders the observation of these characteristics. Urban evolution ends up being sacrificed in favor of a city ideal.

The history of urban planning is full of theories that are, paradoxically, anti-urban. Despite its merits, the compact city seems to have entered the list of proposals that aim to discipline our cities. The fear of uncontrolled expansion is no reason to act against growth vectors that can be benign. Perhaps the biggest challenge in planning is to understand how far the urban planner’s work goes, and how far the city should be left to its residents.